How Fat Is Lost 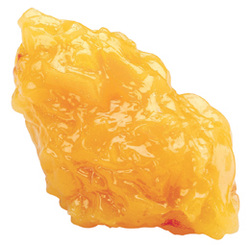 When you “lose” body fat, the fat cell (also called an adipocyte) does not go anywhere or “move” into the muscle cell to be burned. The fat cell itself, (unfortunately) stays right where it was – under the skin in your thighs, stomach, hips, arms, etc., and on top of the muscles – which is why you can’t see muscle “definition” when your body fat % is high.

Fat is sorted through the blood to the tissues where the energy is needed.  The fat is not burned right there in the fat cell, it must be liberated from the fat cell through somewhat complex hormonal/enzymatic pathways. When stimulated to do so, the fat cell simply releases its contents (triaglycerol) into the bloodstream as free fatty acids (FFA’s), and they are transpal young male adult stores about 60,000 to 100,000 calories of energy in body fat cells.

What triggers the release of all these stored fatty acids from the fat cell?
Simple: When your body needs energy because you’re consuming fewer calories than you are burning (an energy deficit), then your body releases hormones and enzymes that signal your fat cells to release your fat reserves instead of keeping them in storage.For stored fat to be liberated from the fat cell, hydrolysis (lipolysis or fat breakdown), splits the molecule of triaglycerol into glycerol and three fatty acids. An important enzyme called hormone sensitive lipase (HSL) is the catalyst for this reaction.

The stored fat (energy) gets released into the bloodstream as FFA’s and they are shuttled off to the muscles where the energy is needed. As blood flow increases to the active muscles, more FFA’s are delivered to the muscles that need them.An important enzyme called lipoprotein lipase (LPL), then helps the FFA’s get inside the mitochondria of the muscle cell, where the FFA’s can be burned for energy.

If you’ve ever taken a biology class, then you’ve probably heard of the mitochondria. This is the “cellular powerhouse” where energy production takes place and this is where the FFA’s go to be burned for energy.When the FFA’s are released from the fat cell, the fat cell shrinks and that’s why you look leaner when you lose body fat – because the fat cell is now smaller. A small or “empty” fat cell is what you’re after if you want to be skinny.


It was once believed that the number of fat cells could not increase after adulthood, only the size of the fat cells could increase (or decrease). We now know that fat cells can indeed increase both in size (hypertrophy) and in number (hyperplasia) and that they are more likely to increase in number at certain times and under certain circumstances, such as 1) during late childhood and early puberty, 2) During pregnancy, and 3) During adulthood when extreme amounts of weight are gained.Some people are genetically predisposed to have more fat cells than others and women have more fat cells than men. An infant usually has about 5 – 6 billion fat cells. This number increases during early childhood and puberty, and a healthy adult with normal body composition has about 25 to 30 billion fat cells. A typical overweight adult has around 75 billion fat cells. But in the case of severe obesity, this number can be as high as 250 to 300 billion!The average size (weight) of an adult fat cell is about 0.6 micrograms, but they can vary in size from 0.2 micograms to 0.9 micrograms. An overweight person’s fat cells can be up to three times larger than a person with ideal body composition.Remember, body fat is basically just a reserve source of energy and fat cells are the like the storage tanks. Unlike a gas tank in your car which is fixed in size, however, fat cells can expand or shrink in size depending on how “filled” they are.Picture a balloon that is not inflated: It’s tiny when not filled with air – maybe the size of your thumb. When you blow it up with air, it can expand 10 or 12 times it’s normal size, because it simply fills up. That’s what happens to fat cells: They start as nearly empty fat storage “tanks” (when you are lean), and when energy intake exceeds your needs, your fat cells “fill up” and “stretch out” like balloons filling up with jelly (not a pretty picture, is it?)So you don’t actually “lose” fat cells, you “shrink” or “empty out” fat cells.